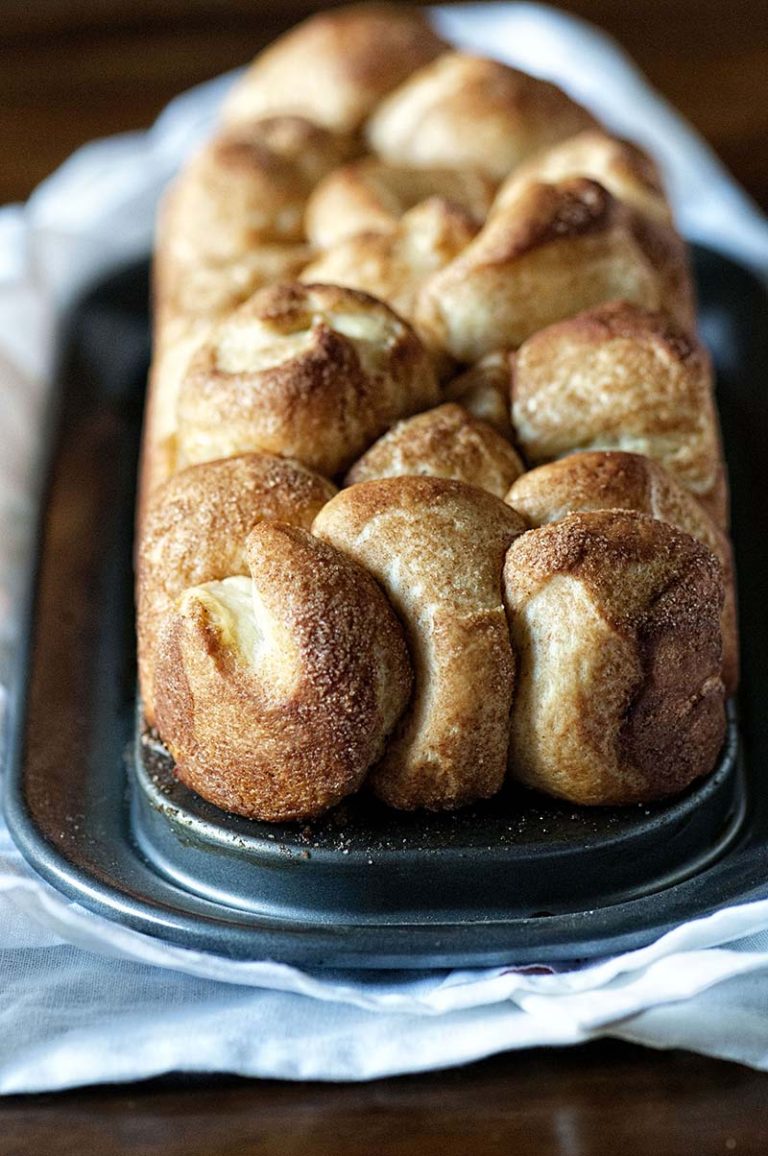 Turn this brioche monkey bread into this ‘over the top’ bread pudding for a special treat! Recipe by Sweet Recipeas.

Can this be made in a bread machine

Hi Joann,
This recipe is a 2-step process for the dough – first the sponge is made, and then the dough. You could make the sponge and after it rises, add it to the other dough ingredients in your bread machine. It would be best if your machine has a ‘sweet dough’ setting. Select dough cycle, and remove dough after it is done rising, then continue with recipe directions.
We also have lots of recipes for the bread machine here: https://redstaryeast.com/recipes/bread-machine-recipes/.
I hope you will find this information helpful.
Happy baking!
Carol

Hi Karen,
A bread pan is used to bake the monkey bread.