Baking The World A Better Place

Working together to better nourish and protect the planet.

Since 2014, Red Star Yeast has joined the movement to end world hunger by working hand in hand with Rise Against Hunger to build awareness and to actively involve our employees, customers and fans in making a difference. Around the world, over 720 million people don’t receive enough nutrition to lead an active, healthy life. One in ten people go to bed hungry each night. Rise Against Hunger works to meet immediate nutritional needs today and empower the ability to build strong, resilient communities tomorrow. The United Nations declared that it IS possible to end hunger by the year 2030, and we want to play a part in making that dream become reality.

The project focuses on establishing small grains and sunflowers as viable value chains, and utilizing these to strengthen household nutrition and increase school attendance and enrollment. The students’ parents and farmers are learning agriculture production and cultivation skills adapted for climate change that will enable them to sustain healthy lifestyles in the long term. Chinene, one of the farmers participating in the project, started growing cowpeas, sorghum and sunflower after completing climate-smart agriculture training. His crops previously struggled to grow, but he now produces enough to feed his family and has plenty left over to sell.

The schools’ gardens also now produce diverse, nutritious food that supports both the school feeding program and income-generating activities. In 2021, the schools received shellers that remove maize from the cob. They’re able to rent this equipment to local farmers who then pay with a portion of the shelled grain. The grain received has already far exceeded the project’s expectations and will be used for school meals.

It starts with a meal. It leads to resilience, self- sufficiency, education, empowerment and bright futures in communities worldwide. 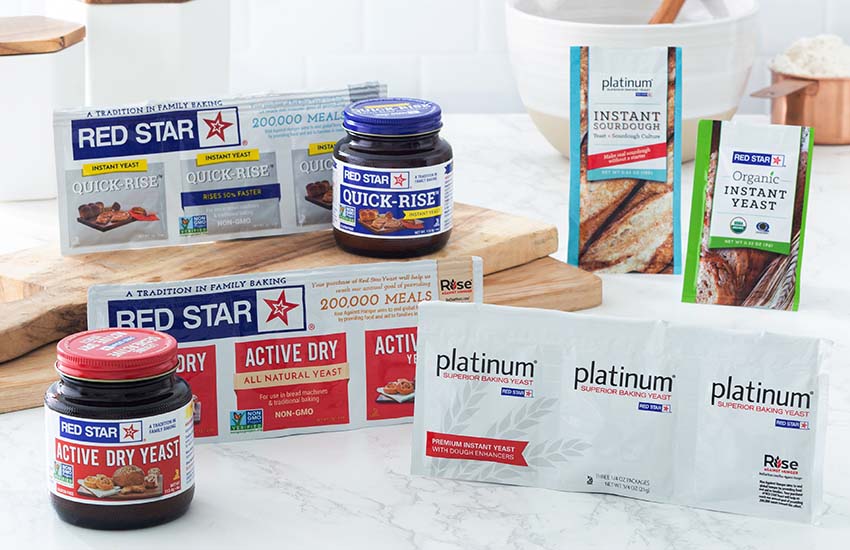 Each time you purchase a Red Star Yeast product, a portion of all proceeds is donated to help Rise Against Hunger provide meals and aid to children and families in need. Our goal is to provide over 200,000 meals annually. Look for Red Star Yeast products in the grocery store baking aisle and create change with every purchase.

Visit Rise Against Hunger and It Starts With A Meal for more information.