Understanding how ingredients work and interact with each other will help you be successful.

Below are some common ingredients used in bread making. Click on the “+” to view information.

Yeast is a single-celled living organism with a mighty big job in baking.  Yeast cells are so small that one 7-gram packet of yeast contains more than 200 billion healthy yeast cells!  In a dough, the yeast consumes sugar and flour starches to create CO2 gas to leaven the dough and other compounds in the process that develop that amazing aroma and flavor only found in yeast-raised baked goods.

Visit our Products page for more information on all of our baker’s yeast products. 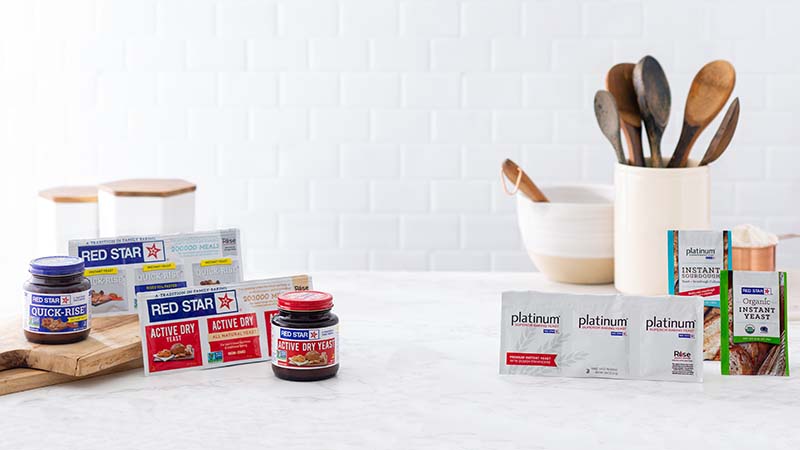 Wheat flour is the most common type of flour used in yeast baking. It contains a high amount of protein that, when mixed with liquids, form gluten. Gluten is a rubbery substance that gives structure and elasticity to doughs. When yeast dough is kneaded, the gluten forms a structured network that captures the leavening gas produced by the yeast, allowing the dough to stretch and expand during rising. 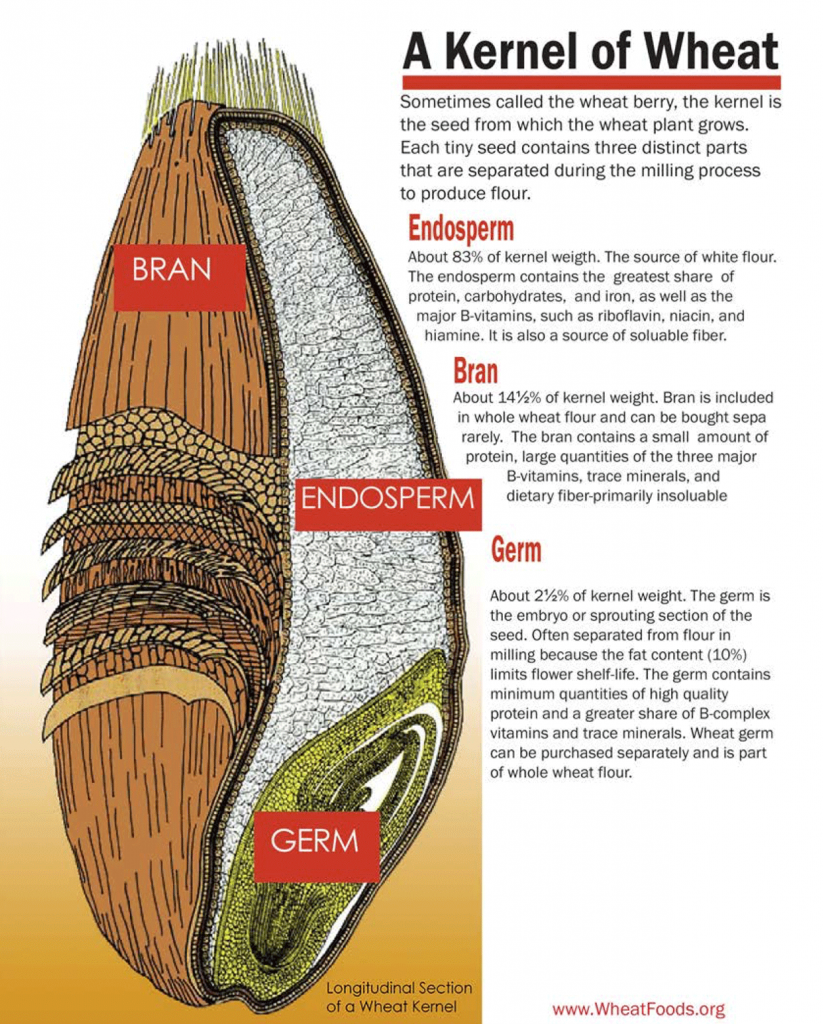 Choosing the correct flour is important for making good bread. There are two basic types of wheat grown in North America, hard and soft. Flour made from hard wheat has a higher level of protein, making it the flour of choice for most yeast doughs. Flour made from soft wheat has a lower level of protein and is best suited for making pastries and cakes.

Magic happens when you mix flour and water together! The mixture transforms into a smooth and elastic web of gluten strands. Think of the dough as a balloon. The job of the dough is to hold the gases produced by the yeast.

Yeast breads baked with the whole grain flours (like whole wheat) are more compact and lower in volume than those made from white flour.

The whole grain wheat flours form less gluten and are usually combined with bread flour to insure good volume and appearance in breads.

To compensate for the low bread volumes, vital wheat gluten can be added to help make the dough lighter, rise higher and have a better texture and taste.

Rye flours are used frequently in yeast breads. They form less gluten than wheat flours and are usually combined with a substantially larger amount of bread flour for the bread to rise properly.

Typically, you can substitute up to 1/3 of bread flour with rye flour.

Give rye flour a try with our fan-favorite Rye Bread Recipes.

How to measure flour correctly

Because flour is sifted many times before being packaged, sifting flour before using is not necessary. However, it is important not to dip the measuring cup into the flour bag (unless recipe specifies this method); instead, scoop or spoon the flour lightly into a dry measuring cup. Do not tap or shake the cup to put more flour into it. Using the flat edge of a knife, scrape off the excess to make the flour even with the rim of the measuring cup. This method will assure an accurate measurement.

For most recipes, use the Spoon-and-Sweep method to measure flour

Moisture variances in your flour

Flour can vary in terms of how much liquid it can absorb due to differences in flour types, protein levels, weather conditions, and how the flour has been stored.

Always start out using the lower amount of flour in the range suggested in your recipe, adding more in as needed during the mixing and kneading stage. Doughs that are too dry or too wet will not rise well.

Liquids hydrate and dissolve yeast granules, blend and bind ingredients together, and mix with the flour to form gluten.

There’s no need to stress over liquid temperatures. If the liquid is comfortably warm for you to touch, you will not kill the yeast!

Salt regulates the rate of yeast activity, providing a slow, steady rise. This allows the yeast to develop the characteristic bread flavor. Salt strengthens the gluten structure of the dough, not allowing the trapped carbon dioxide bubbles to expand too quickly. This helps produce bread with fine texture and grain. Salt also enhances the flavor of your product.

Salt will only inhibit yeast activity if left in direct contact with yeast for an extended period of time.

Artificial sweeteners do not provide food for the yeast so they cannot be used in breads to perform the same function as sugar; however, they can be added to provide sweetness to your baked goods.

Yeast will convert flour starches to sugar in low or no-sugar doughs.

Fats include butter, margarine, oil and shortening. They add richness, moisture and make the bread tender.