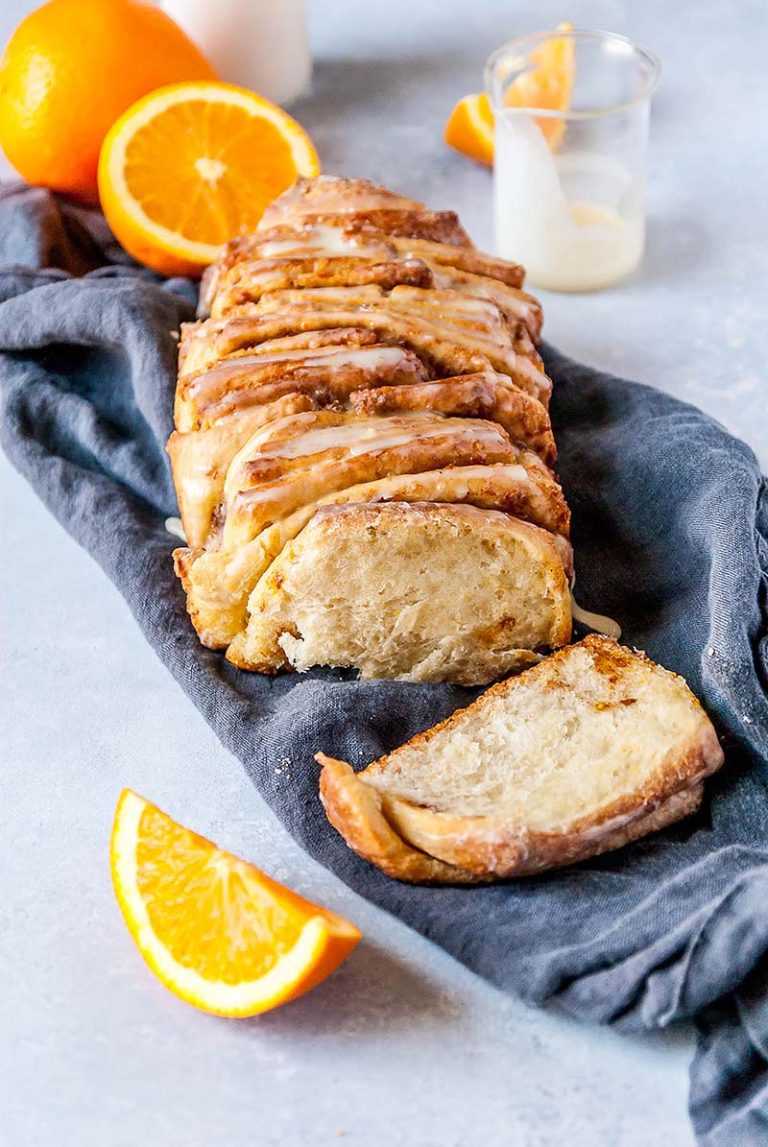 Recipe by Heart of a Baker.

Can the dough be made in advance/ day before? Then cut it and bake it next morning?

I have pure orange oil. Is there some way to incorporate a bit of that for a more orange taste?

Hi Judy,
You can definitely experiment with the orange oil to get your desired flavor.
Happy baking!
Carol

Can you use butter instead of olive oil?

Hi Lynn,
Yes, you can use butter. It just won’t be ‘vegan’. 🙂
Happy baking!
Carol

After ‘Once the rectangle is rolled out and filled’, instead of cutting it to make it pull apart, can I just roll it and follow the rest of the instructions to bake it?

Hi Teeny,
Yes, however you will need to adjust the size of your rolled out dough so that it will fit into your pan. Roll out to a 14×7-inch rectangle, and after adding the filling, start rolling it at the shorter end.
Let us know how it turns out!
Happy baking!
Carol

How can I make this “non-vegan?”

Hi Margaret,
You can substitute regular milk for the almond milk if you prefer.
Happy baking!
Carol

Can you substitute tbe orange flavor for something else like vanilla or almond? I’m not a fan of citrus flavors

Hi Tabitha,
Yes! It’s always fun to play with flavors. Let us know what you try! You may also like to try one of our other non-citrus sweet breads/rolls: https://redstaryeast.com/recipes/coffeecakes-sweet-breads-rolls/
Happy baking!
Carol