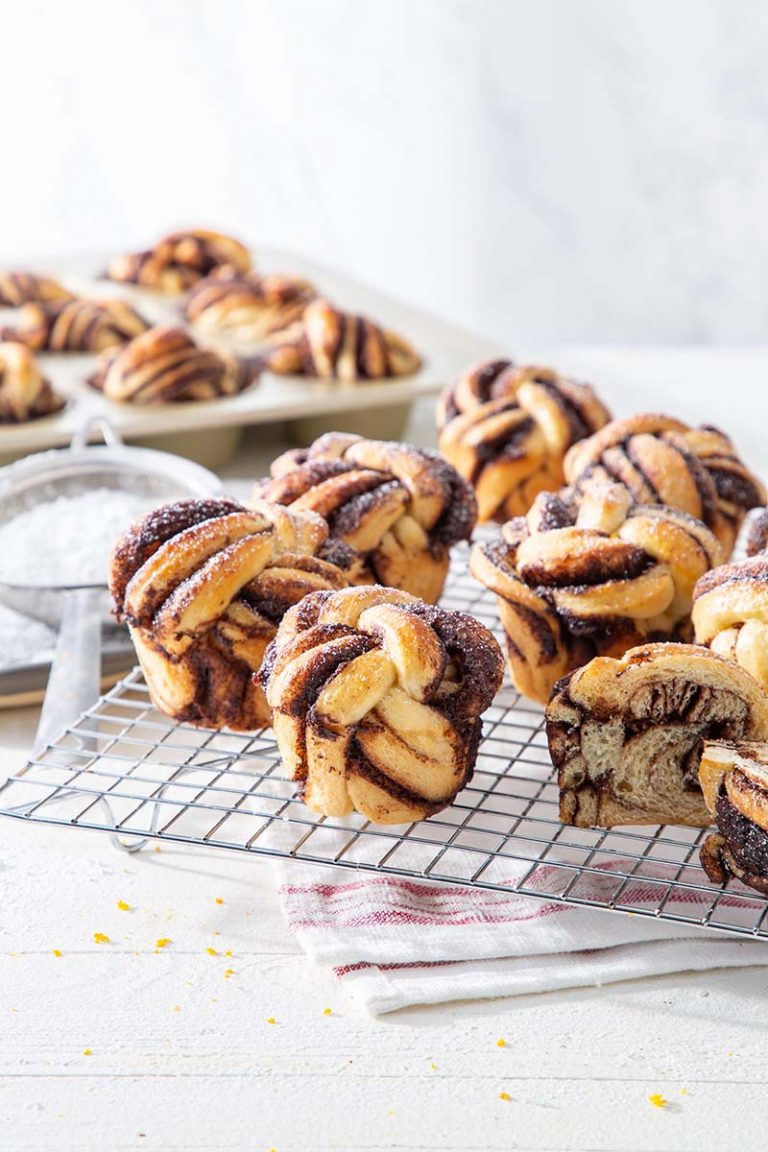 Your handy muffin pan and some crafty shaping are key to these mesmerizing knots. Filled with an inviting mix of cocoa, orange zest, cinnamon, and clove, these sweet treats are the perfect edible adornment for any holiday table.
Yield 14 rolls
Print Recipe Pin Recipe
3