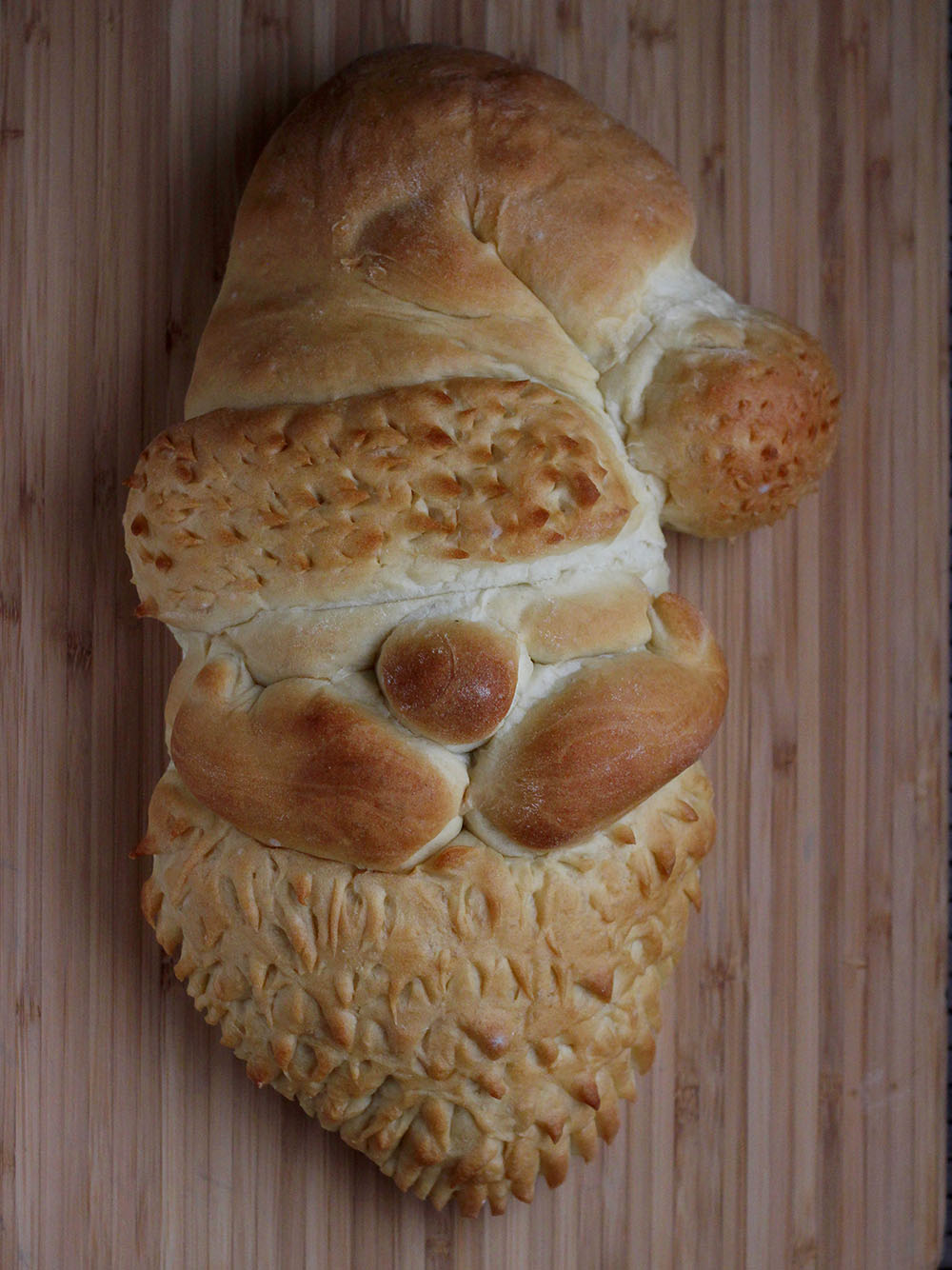 Sculpted and shaped bread loaves can be a lot of fun to make, and even more fun to present at the table. This Santa head looks complicated, but it’s actually pretty easy, and it’s also very forgiving – you can change and adjust and style it your way and it will still look wonderful. And it tastes good, too!
Yield 1 loaf
Print Recipe Pin Recipe
0

[…] Head on over here for the full recipe: Santa Head Bread by Red Star Yeast […]