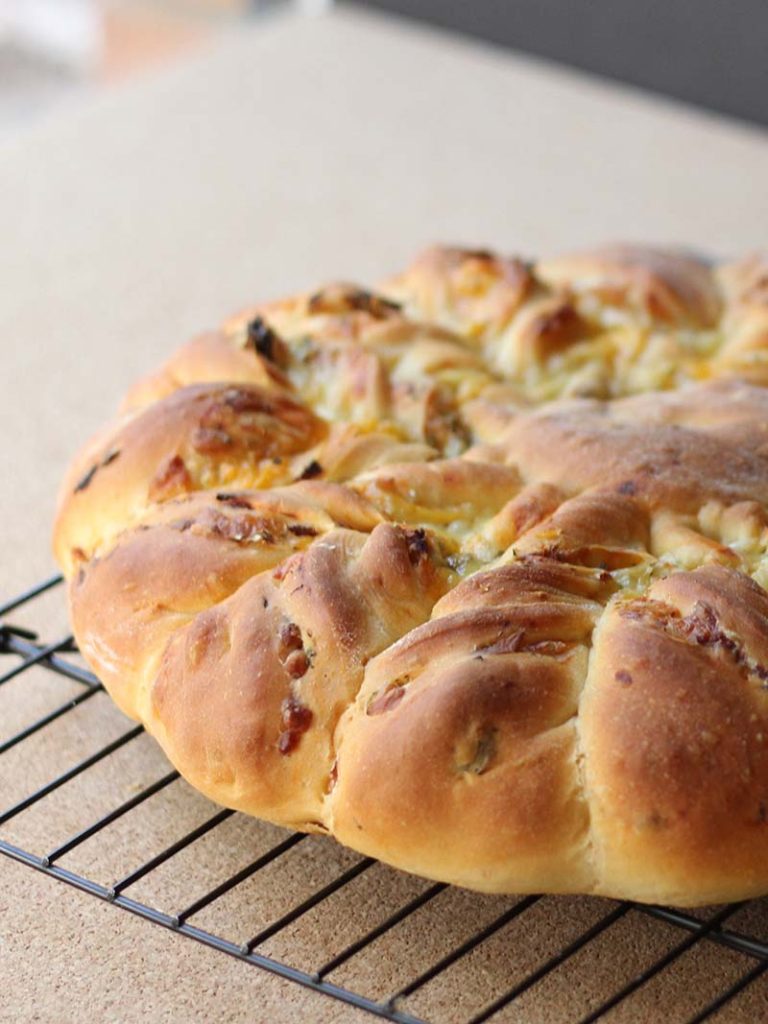 I used 4 ounces mozzarella, and one ounce each of asiago (for flavor) and colby (for color). Use your favorites, or use what you have on hand. This is a great recipe for using up bits and pieces of assorted cheese. Recipe by Cookistry.