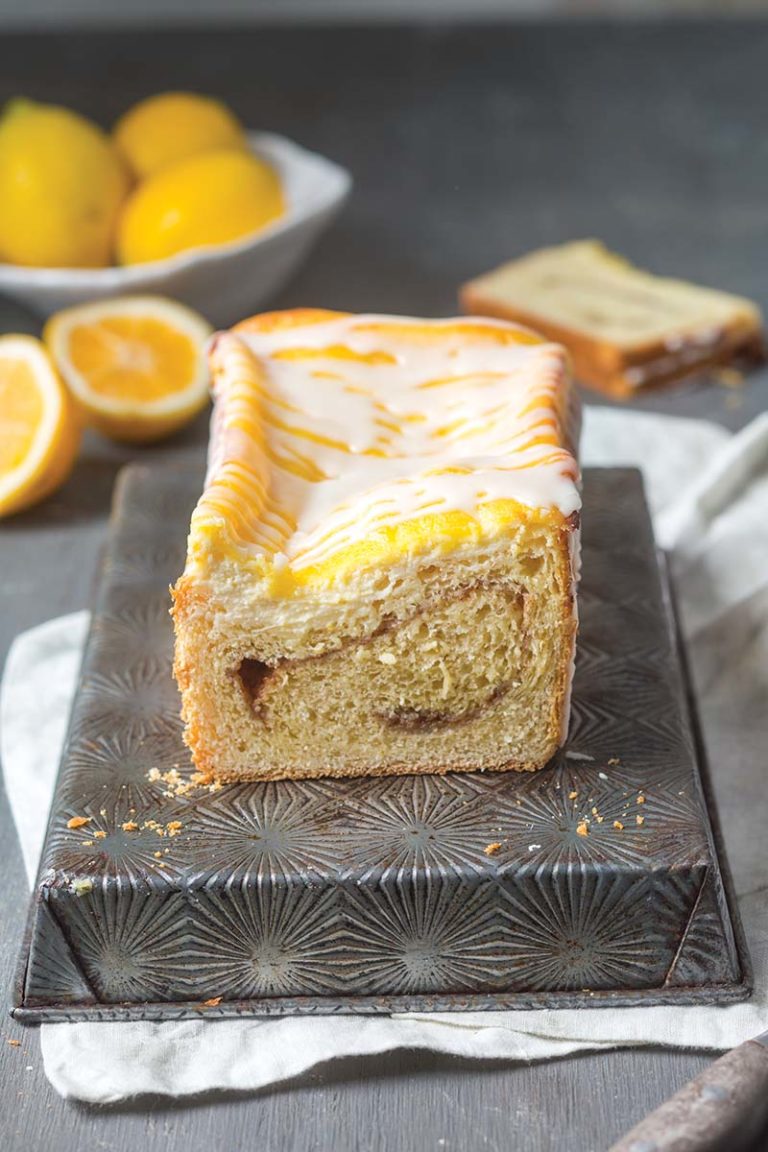 This zesty recipe will brighten up even the chilliest winter morning. We packed the pillowy dough with Meyer lemon zest and topped it off with cream cheese and Meyer Lemon Curd for a cozy loaf that’s sure to warm your soul.
Yield 2 (8½x4½-inch) loaves
Print Recipe Pin Recipe
0

Test the dough for proper gluten development using the windowpane test. Pinch off (don’t tear) a small piece of dough. Slowly pull the dough out from the center. If the dough is ready, you will be able to stretch it until it’s thin and translucent like a windowpane. If the dough tears, it’s not quite ready. Beat for 1 minute
more, and test again.
Recipe by Bake From Scratch.