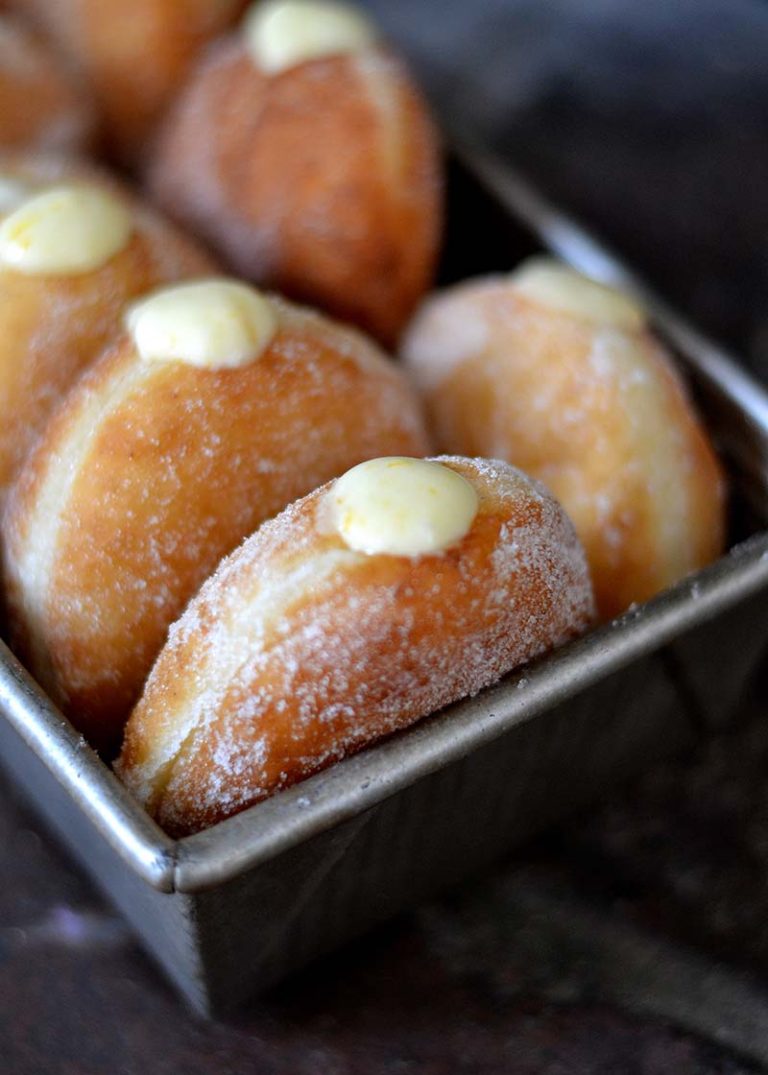 The finished doughnuts should be golden on each side, with a white ring around the middle – this shows a perfectly fried doughnut, and will ensure that it is nice and light in the center. Recipe by Carrie Burrill.

One TABLESPOON salt? seems like a awful lot of salt.

Hi Loey,
Kosher salt has larger granules versus table salt, so keep that in mind. You can certainly decrease the amount of salt to no less than 1 teaspoon. With less salt, the dough may rise faster so keep an eye on your dough.

I hope you will find this information helpful.
Happy baking!
Carol