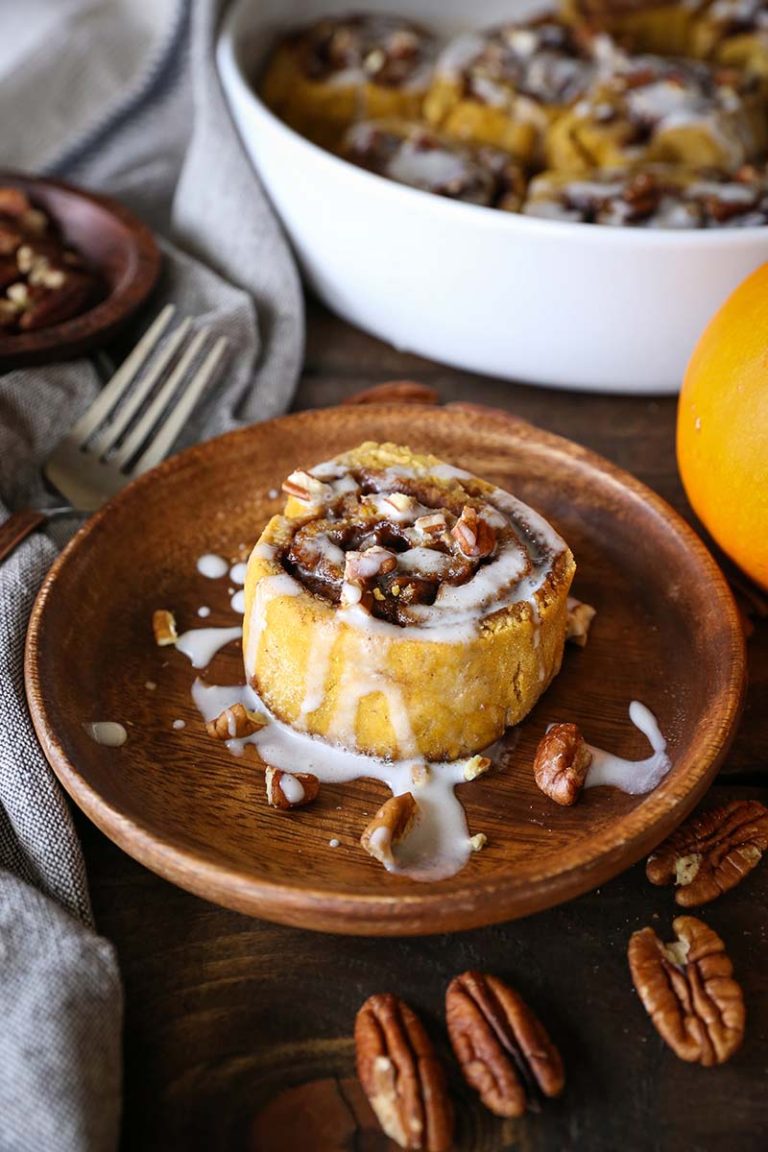 These gluten-free pumpkin pecan cinnamon rolls are refined sugar-free, and can easily be adapted to be dairy-free. With a coconut milk glaze, these cinnamon rolls make for the perfect holiday treat that also happens to be healthy!
Yield 10 rolls
Print Recipe Pin Recipe
0

You can make these cinnamon rolls fully dairy-free by using coconut oil in the filling, rather than butter. After you form the rolls and place them in a casserole dish, you can either stick them in the oven right away, allow them to rise even longer, or cover them with plastic wrap and refrigerate overnight. For those of you who want to prepare these rolls for breakfast or brunch, make the recipe the night before and bake the rolls off in the morning in order to lighten the prep load. You can easily replace the pecans with walnuts, or omit the nuts altogether. Recipe by The Roasted Root.