We decorate our homes and doors with ornate wreaths, but why not bring that tradition to the breakfast table this holiday season? Impress your family and friends with a stunning cinnamon roll wreath that’s not only easy on the eyes, but simple to prepare as well. As long as you begin with a quality homemade dough. 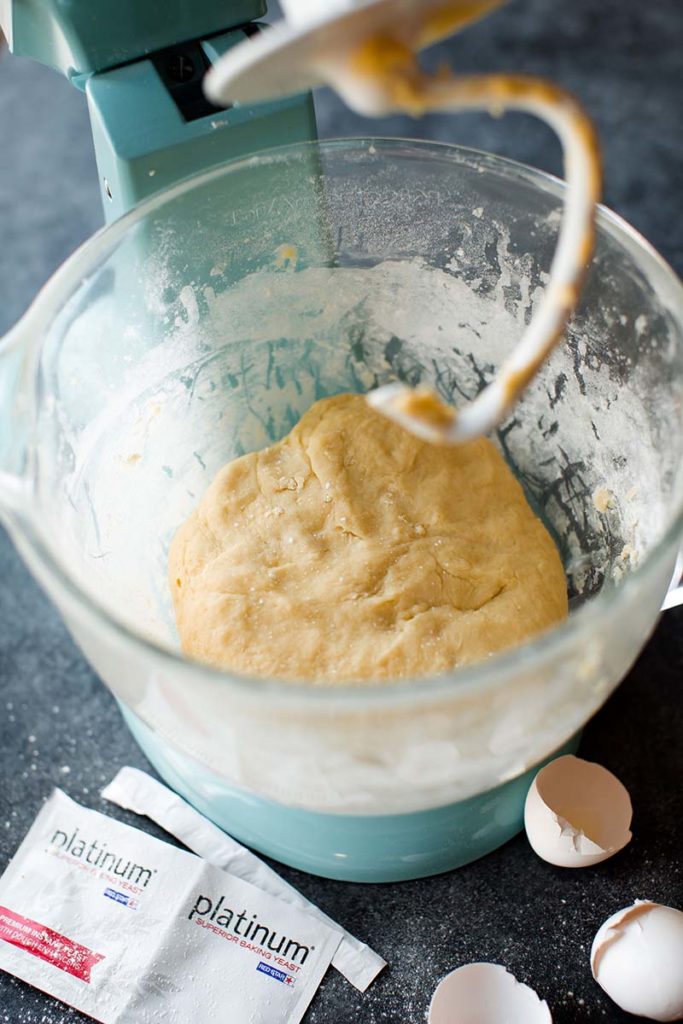 The cinnamon roll dough is made from scratch using Red Star Yeast Platinum. I recommend it because it’s a premium yeast that will strengthen and lift your dough. Your finished cinnamon rolls will have extra fluff, extra volume, and taste completely out of this world. 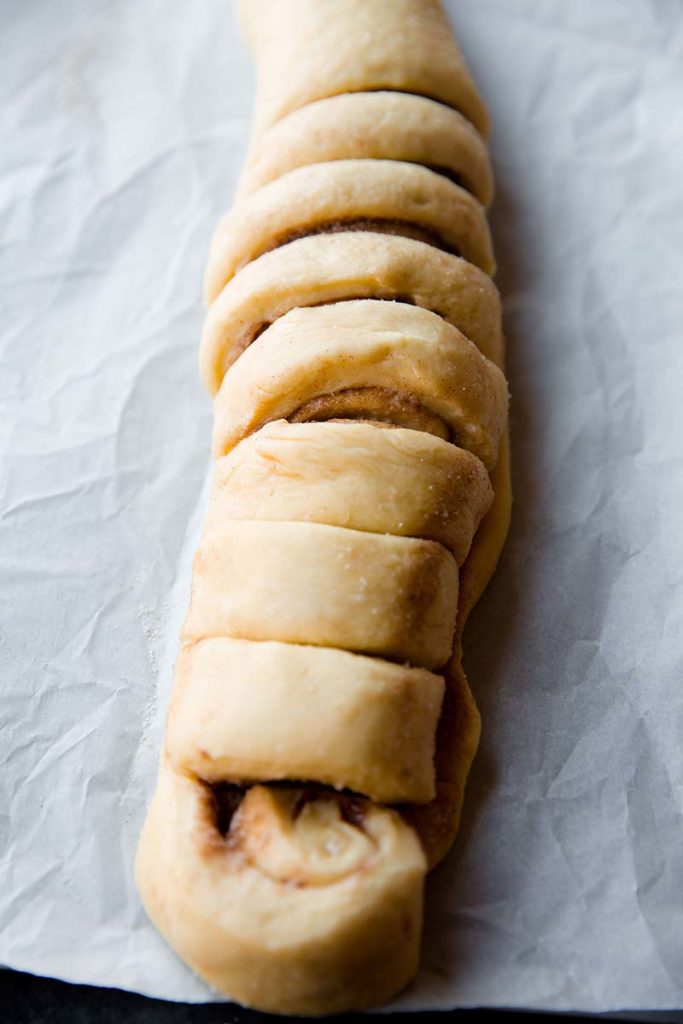 After the dough rises, punch it down and roll it out into a large rectangle. Spread softened butter on top, followed by cinnamon and sugar. Roll it up and slice, only cutting about ¾ of the way through each roll. Now you can form the rolls into a wreath. I find placing a ramekin in the center will help the wreath hold its shape. 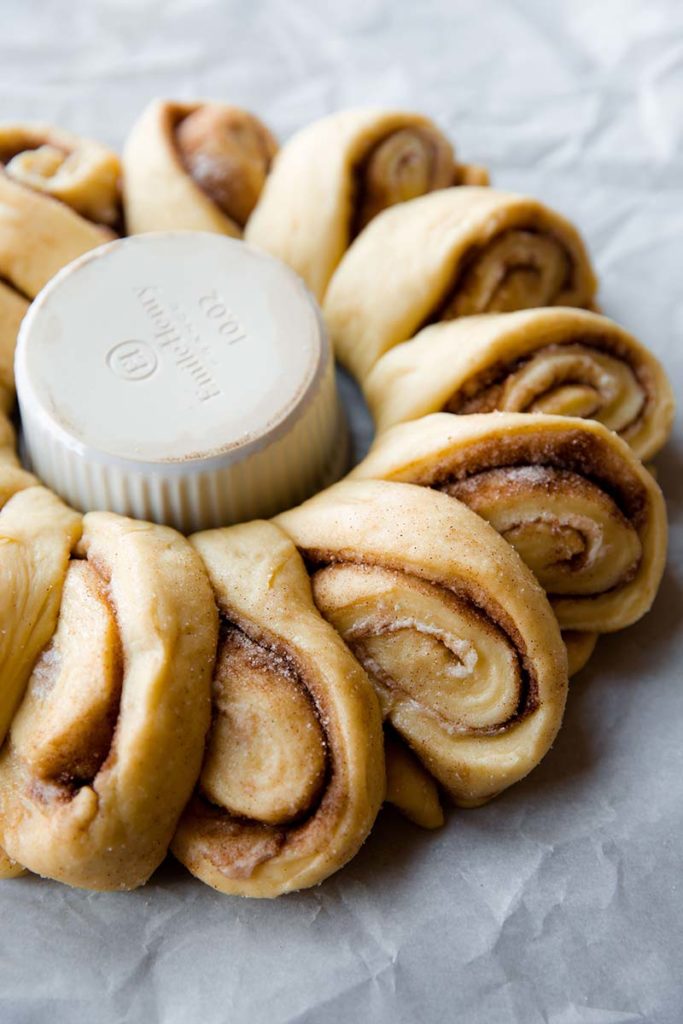 As the rolls bake, they’ll develop a rich golden brown color. The scent of cinnamon rolls baking wafting through your home isn’t so bad either! 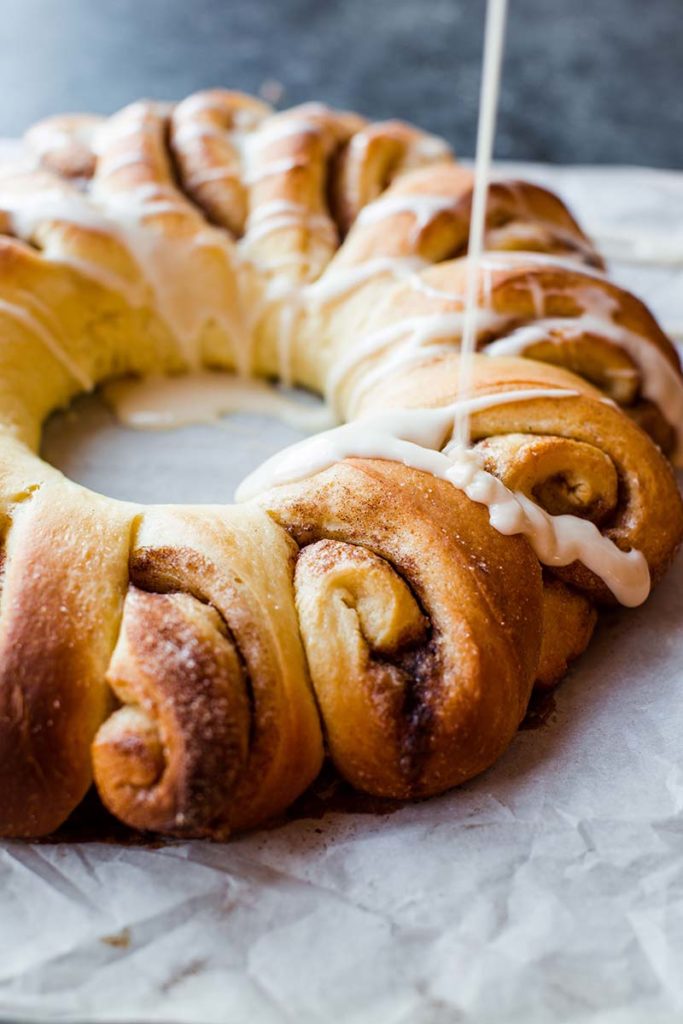 A simple vanilla icing finishes the wreath off. Cut the cinnamon rolls to serve or let everyone dive right in with their hands, pulling each apart. This is the most wonderful time of year for many reasons, but edible wreaths might just be the most fun! 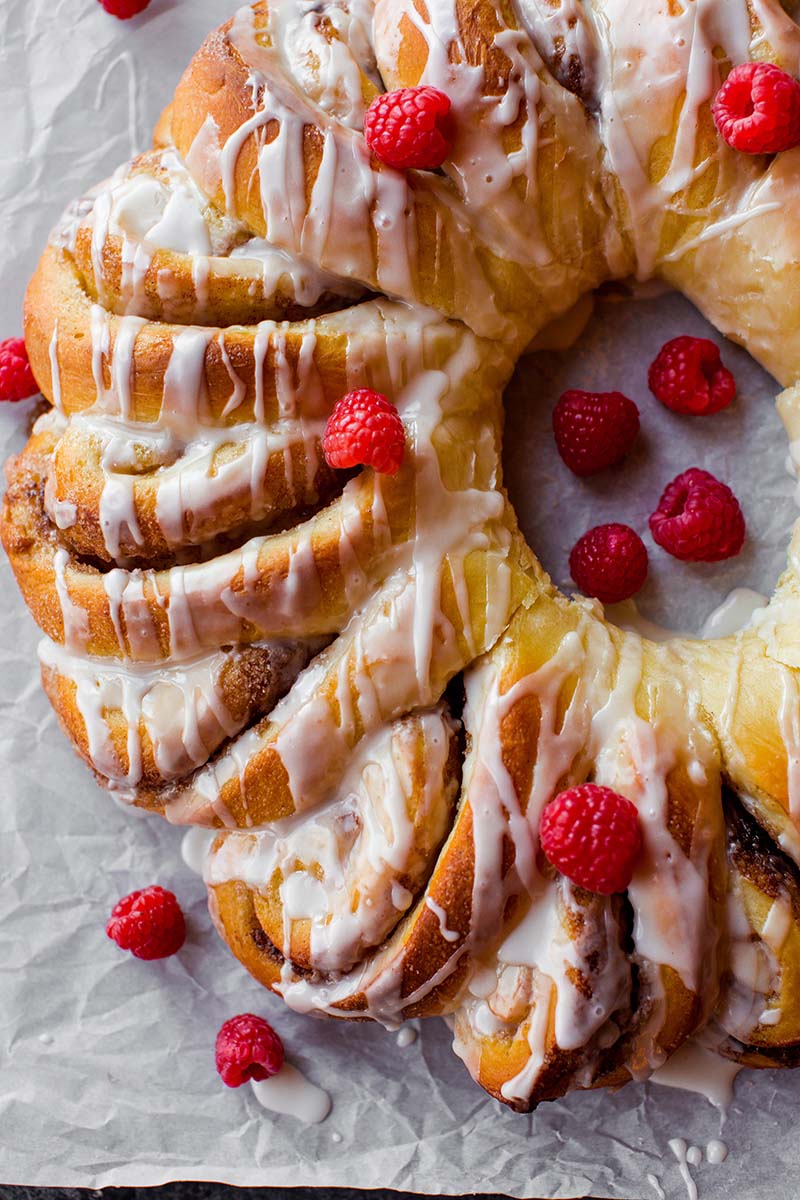 Yield: 14 rolls
Ingredients
For the dough:
For the filling
For the vanilla icing
Instructions
Notes
Overnight option: Prepare the rolls through step 6. Instead of allowing to rise in a warm environment in step 7, place the baking sheet in the refrigerator and allow the wreath to rest for up to 14 hours before baking. When it’s time to bake the next day, allow the rolls to come to room temperature and rise for 1 hour on the counter, or until almost doubled in size. Then bake as directed.
3.5.3251