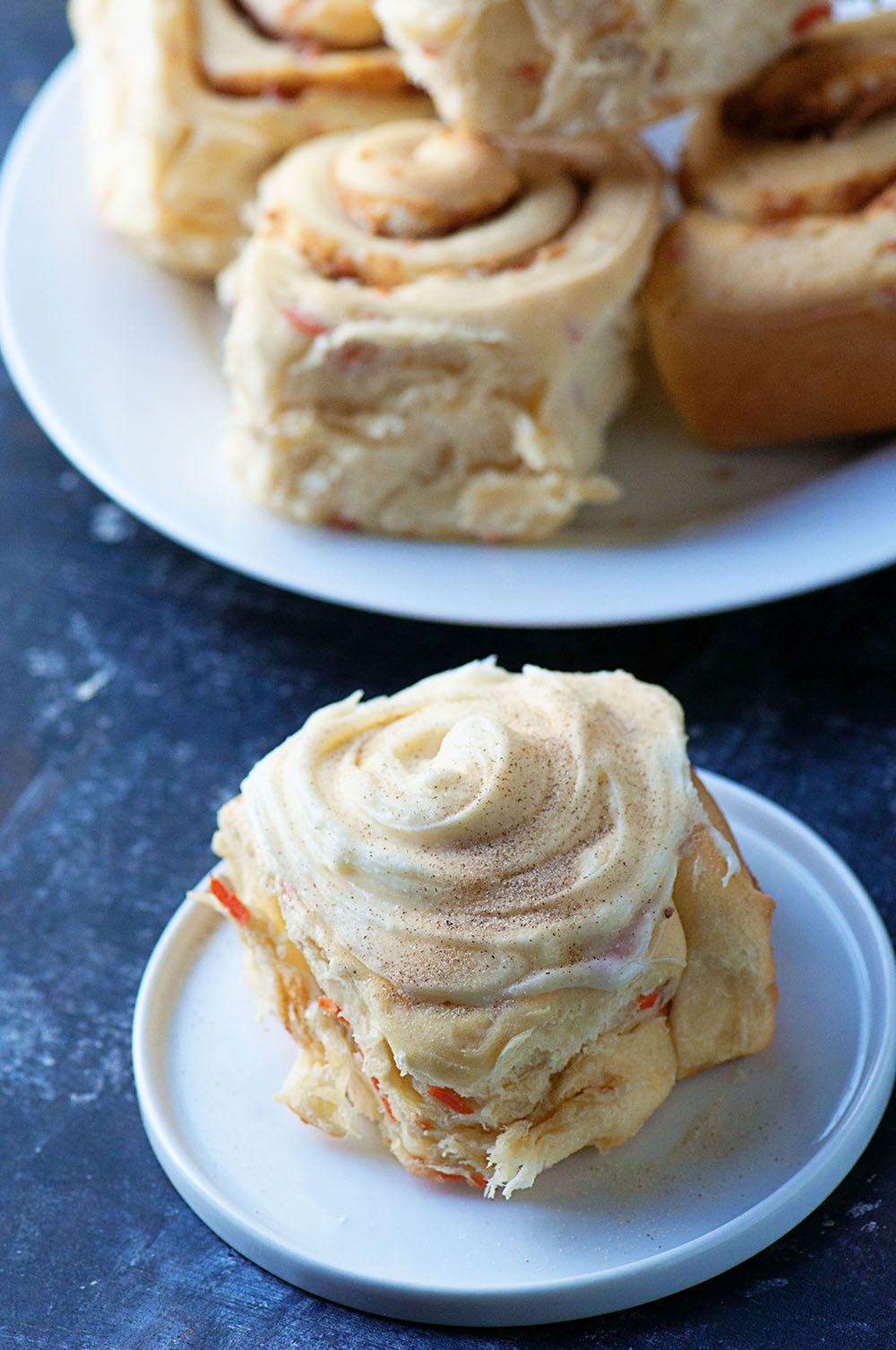 Carrot Cake Cinnamon Rolls are a delicious twist on a classic breakfast treat. Loaded with actual carrot cake mix, rum soaked raisins, and slathered in cream cheese frosting these cinnamon rolls will be sure to get your morning started off right.
Yield 18 cinnamon rolls
Print Recipe Pin Recipe
1

Do you have an alternate ingredient list if you wanted to make the filling homemade?

Hi Beth – we do not have a homemade carrot cake cake mix ingredient list.
Happy baking!

What brand of carrot cake mix?

Hi Deby,
You can use your favorite brand of cake mix.
Happy baking!
Carol

Can you make the dough overnight and bake it the next day?

Hi Miranda,
Yes. After you place the rolls in the pan, cover and put rolls in the refrigerator for 8-12 hours. Let them rise to room temperature – about 1-2 hours. After the rolls have risen, preheat the oven to 350°F and bake as directed.
Happy baking!
Carol

This recipe looks absolutely amazing. I will definitely put this on my “to do” list of recipes to try.