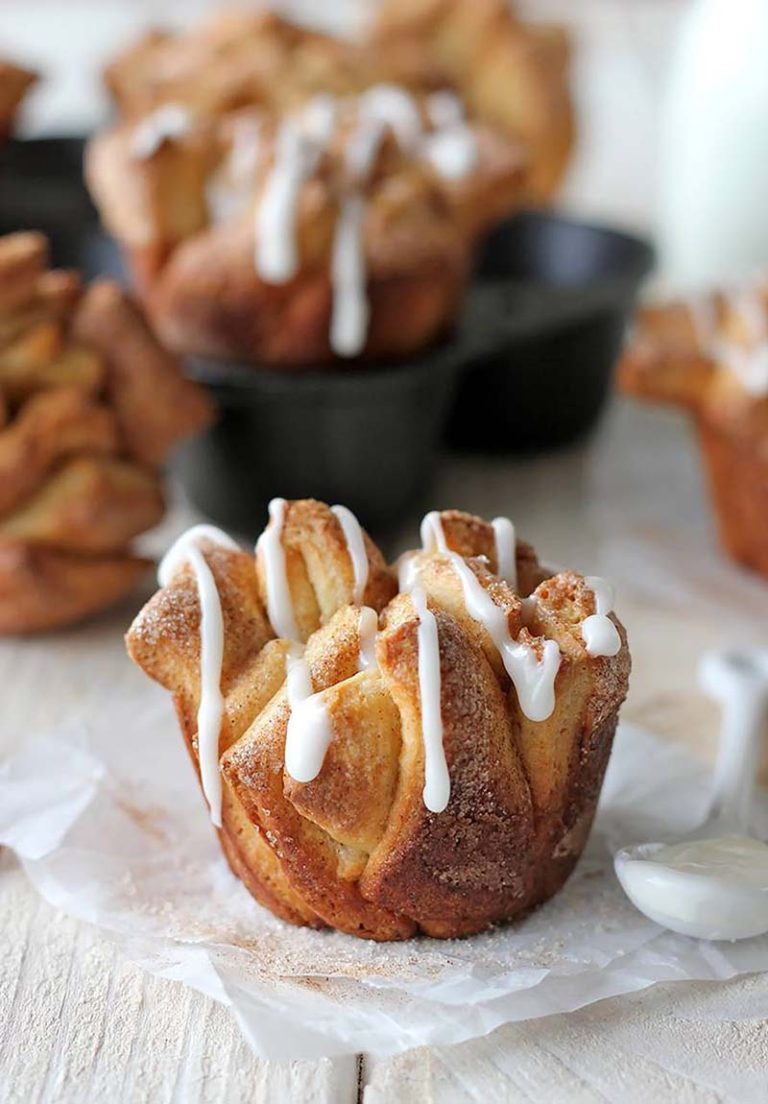 Layers of cinnamon and sugar are stacked inside each roll, and topped with a drizzle of rum glaze.
Yield 8 rolls
Print Recipe Pin Recipe
1

When the dough squares are placed in the muffin tin are they standing up so they can fan out or placed laying down?

these are really good..the only thing i will do next time is i will wait for the butter to cool off to room temperature before adding it to the flour. I didn’t end up using all the flour so careful with that. So tasty and amazing will be making them again

I bought the Platinum at a grocery store, and I never thought to check the expiration date… it had expired more than a month ago! However, it still worked beautifully! Red Star never lets me down! All of the recipes I’ve tried are excellent!

[…] Like all my recipes, this is a modified one, something I got of the web. It looked like it would work, and similar to the fantan bread recipe I made before (without the buttermilk). You can get the recipe here. […]

I have always had good luck with this yeast, even near expiration date. Any of the coffee cakes sound great.