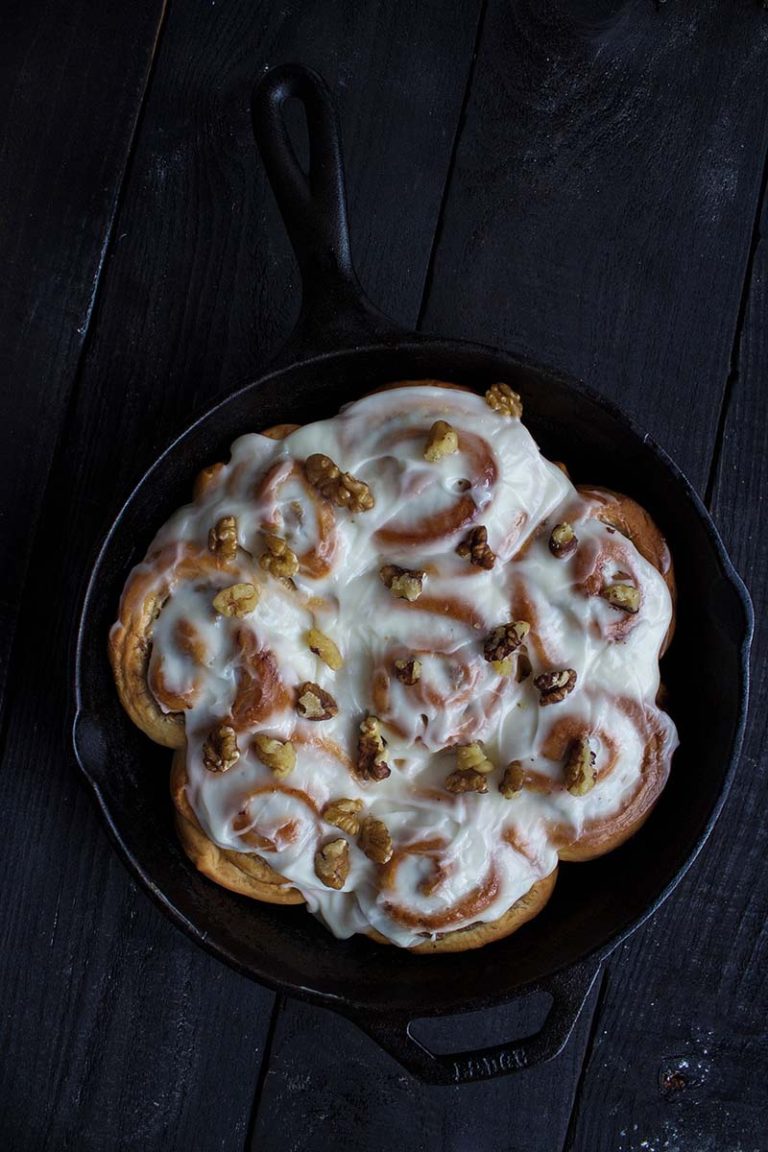 These cinnamon rolls are light, chewy and delicate with an amazingly yeasty taste. It’s a taste of home you can have anytime.
Yield 12 -18 rolls
Print Recipe Pin Recipe
1

Mid-recipe, I got really skeptical because of the sloppy banana mess I was making on my counter top. My bananas were very squishy (2 of them came out of the freezer, defrosted and juicy), so I think my mixture was way messier than the recipe writer intended. Therefore, I only made rolls out of half of the dough; the other half I rolled into cinnamon bread. Anyway, the banana bread cinnamon rolls actually turned out pretty good. I sliced and schlepped them into a 9 x 9 pan and then slathered the remaining banana goo that had drooled out of my “roll” in and around them. They raised nicely, and baked up very well – a little dark on the corners, but cooked all the way inside. Good flavor, moist and flavorful. Because of how messy they were when I formed them, they didn’t really make nice individual rolls – more of a mass of bread with banana in the folds and wrinkles. Harder to cut and portion, but still good. Made a basic cream cheese frosting for on top. A worthy spin on a traditional cinnamon roll, a tasty way to use up bananas, but rather too messy to try again.