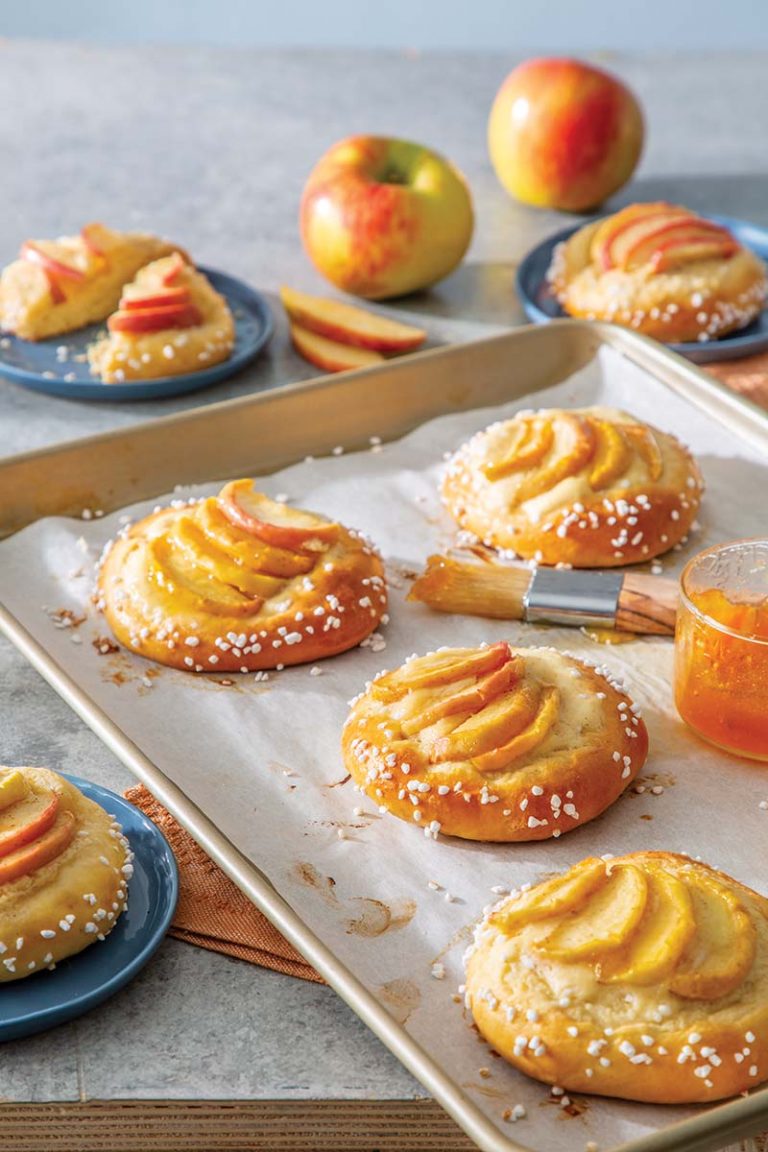 These sweet little brioche tartlets get their signature fluffy height from Platinum Yeast. Each tartlet serves up a generous helping of festive fall flavors with a dollop of spiced cream cheese filling and a fan of perfectly ripe Honeycrisp apple slices straight from the orchard.
Yield 9 tartlets
Print Recipe Pin Recipe
1

PRO TIP: Toss your apple spices in your other favorite warm spices like cinnamon, nutmeg, ginger, and cloves. For the filling, forgo the apple pie spice and use orange or lemon zest instead for a subtle citrusy twist.   Recipe by Brian Hart Hoffman 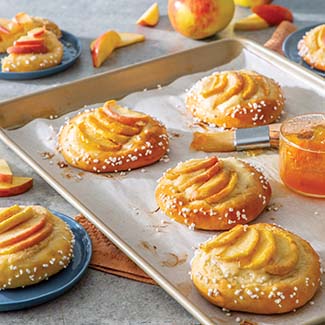 This brioche dough and “pie shaping” is really nice! I tried it with various fillings such as lemon with fresh fruits on top, heat stable spreads with icing and pastry cream. All of them were delicious!