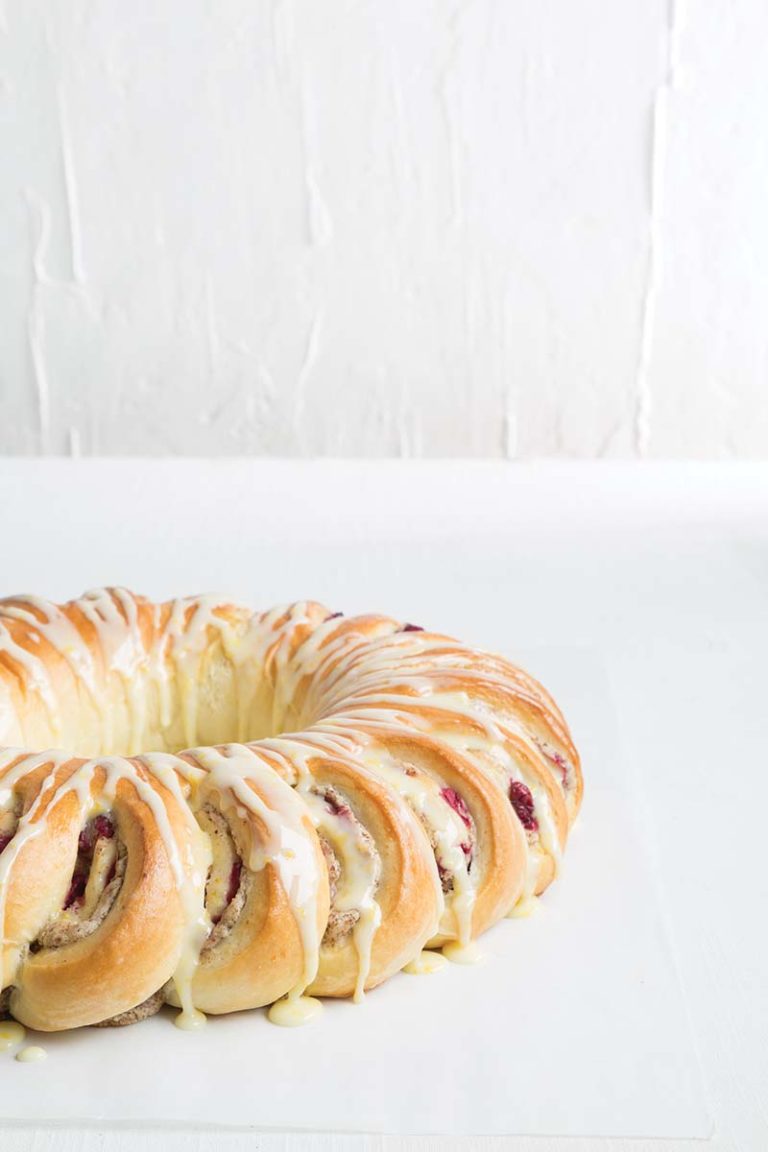 This showstopping Almond Cranberry Wreath is packed with juicy cranberries and frangipane and covered in a bright orange glaze—just the holiday flavors you're craving this time of year.
Yield 1 wreath
Print Recipe Pin Recipe
2

This bread is amazing! The almond filling adds moisture and a marvelous taste. We have replaced our traditional Christmas morning bread with this decadent loaf.

Is almond flour the same as almond meal? I can’t find almond meal at the store.

Hi Penny,
Almond flour has a finer texture, almond meal is more course. You can substitute in almond flour in this recipe, the filling will just have a different texture.
Almond meal is typically in the baking aisle, sometimes in the gluten-free section.
Happy baking!

If our local store does not carry platinum yeast yet, can this recipe still be done with your regular yeast? And if so do any changes need to be made to recipe directions?

Hi Kirsten,
You can use Red Star Quick Rise or Active Dry Yeast in this recipe. Use one packet of either yeast. Your dough may need additional rise time, so keep an eye on it. Otherwise, no other changes needed.
Happy baking!
Carol

Re almond cranberry wreath! It requires almond meal?? If one ground blond whole almonds would it work? Thank you, Frank

Hi Frank,
It will most certainly work if you make your own almond meal/flour. You would need to do it in a food processor until finely ground. You can use whole or blanched almonds. You won’t want to turn on your food processor and walk away – if it goes too far you will get almond butter!
Happy baking!
Carol