Zeppole are a traditional Italian doughnut–a Christmas treat, but the internet holds many different descriptions and definitions of what they are. Some versions are carefully piped, some are made as small doughnut holes, and some are roughly free-form. Years ago Jeff Hertzberg ate the later rendition in New York at the San Gennaro Street Festival in Little Italy, (which is held in September, so these aren’t just for Christmas) and he loved them so much he knew we needed a post about them.

Our version here is based on the Beignet recipe from our book New Artisan Bread in Five Minutes a Day; the dough is no-knead, of course, and is lightly flavored with orange and lemon.

These golden brown Zeppole are absolutely delicious; their haphazard shapes gave them a charming quality, and the gentle citrus flavors were lovely. You don’t have to be Italian to make these doughnuts a Christmas tradition. Head to the Red Star Yeast Instagram page to watch a video tutorial. 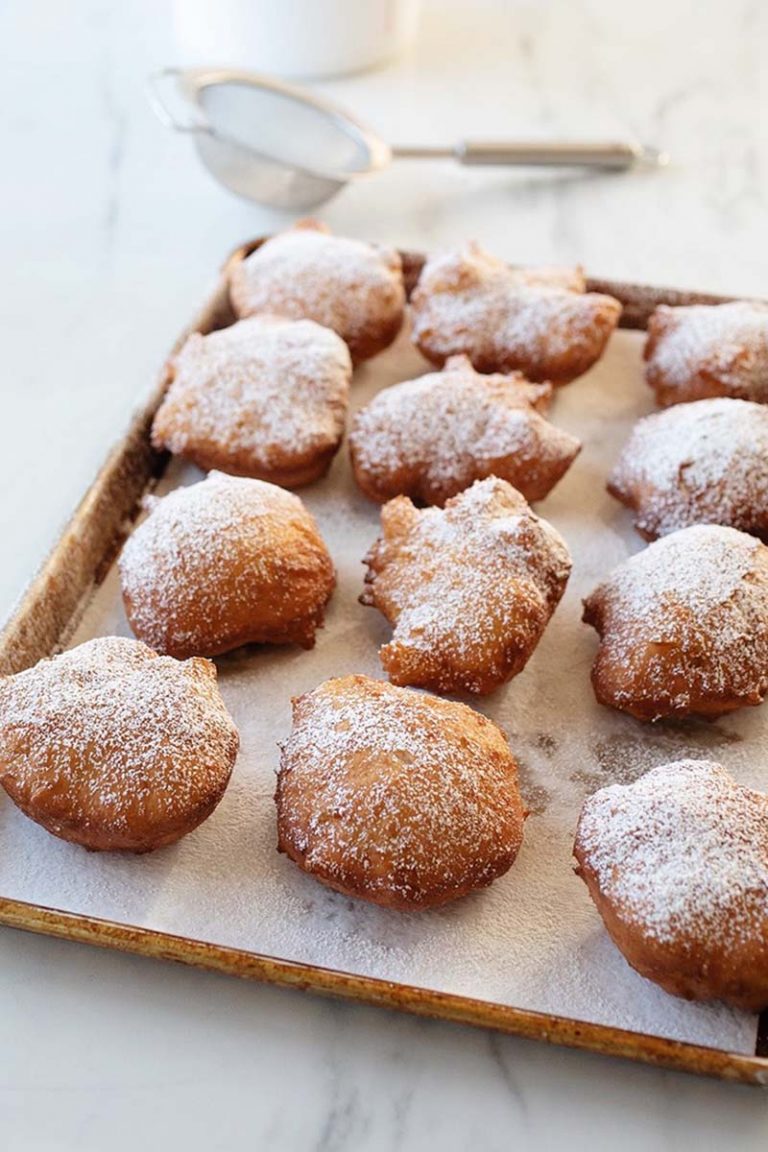 An Italian fried doughnut that is crispy on the outside, light & fluffy on the inside. Orange juice and lemon zest add a citrusy zing to the easy no-knead dough, and powdered sugar gives a sweet finish. Traditionally served during the Christmas holiday season.
Yield 15 to 20 doughnuts
Print Recipe Pin Recipe
0

Use a pot that is large enough that the oil is not sitting too high in the pot. Recipe by Artisan Bread in Five.

What temperature and time to use in Anova Combi-steam oven?

Hi Jean,
I’m not familiar with that oven. Let us know how it turns out if you use it.
Happy baking!

I did use this recipe and it was great.

Hi I love your recipes and want to win your fantastic prizes!! Just wondering do I have to enter them individually or as long as I entered once and follow all the social media platforms is that good enough?

Carm – you have to enter each option individually, and enter the information required for each entry.
Good luck!